I recently moved house and, after almost 4 years without it, I finally got my Shag (AKA Josh Agle) print back. UGH I forgot how much I love it. It’s called “She Dreams of the Alps” and I love the fancy abominable snowman pouring his booze oh-so daintily. He’s daintier than me by quite a stretch and I should take notes. I bet he doesn’t miss his mouth when goes to take a drink of something on a regular basis. Such class.

When I got this print I not only loved it because of the dainty, furry boozer, but because of the title. At the time I was indeed dreaming of the Alps (since I started skiing as a kid, really), and never even much considered that I’d ever actually make it there for winter sporting. But guess what, suckers? I don’t have to dream anymore, I’ve been there twice now. Hah!

Next I want to get one of Ralph Steadman’s silkscreens, specifically “Lono’s Marlin Mask” from my favorite Hunter S Thompson book, “The Curse of Lono”. I’ve wanted this so much for so long, but have bought so much stupid stuff instead of it. I need to stop doing that and just buy it already.

I used to have a wall o’ maps at my previous flat as well, but despite the fact I have like 2 extra rooms in my new place, I couldn’t really find anywhere suitable for them. So, I took a few of my fave places/maps (Nepalese Himalayas, Bali, Java, Greece, Manhattan) and and slapped them under some glass on my coffee table. Voila and shit.

And Bin. This cat must be perpetually up your ass lest you do something without him. 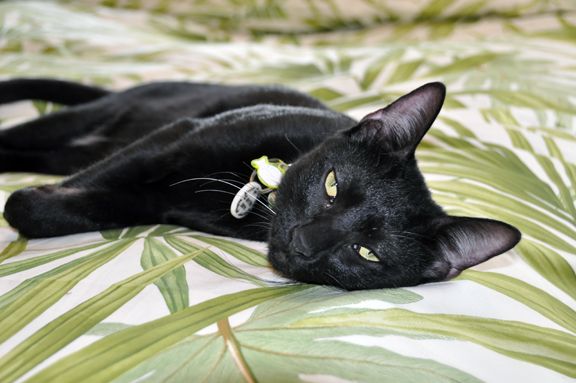 I’ve finally regained possession of my passport with all necessary visas included inside as well. It only took months. Whatever. But at long last India next week is finally a sure thing. Then I get to start a whole other passport ordeal this autumn to renew my passport. Which, like finally, seriously. My passport photo (from 2003) has me looking like I escaped from a mental institution and it’s so terrible and looks so unlike the current me, people in customs are constantly commenting (and laughing!) at it. It gets tiresome. Also, the signature in it in no way resembles my current signature which is yet another problem-causer. Fun times with passports.