I generally have little interest in visiting the same place more than once when there’s so much else out there to see, but my low-season visit to Varkala in India had me curious (read about that here). I really enjoyed the place in May but it was terribly dead then, with most of the shops, restaurants and hotels closed at that time. Perhaps the most disappointing thing was the sea water, which had some sort of disgusting grime floating atop it. I stayed out of the sea that week. People who were living in the area, at least for the season, said that the sea’s current state was vey unusual and most of the time it was gorgeous.

While a nice trip was had, I felt that Varkala probably had more to offer and another visit in high season would be interesting. 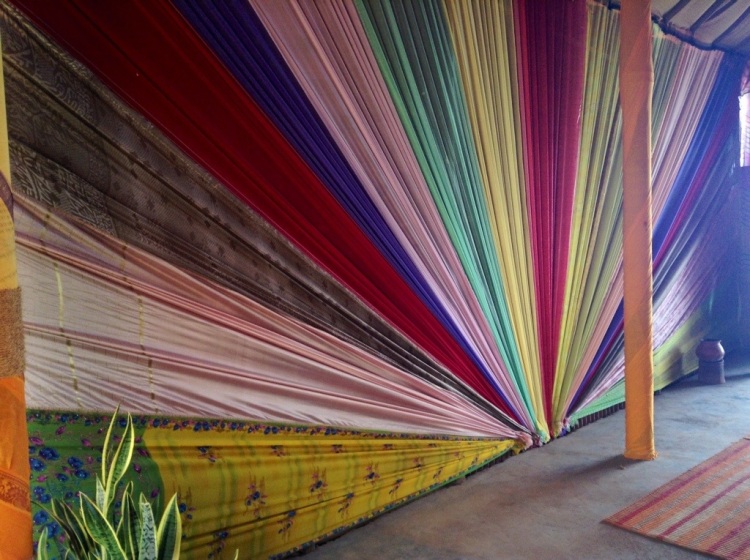 The return trip didn’t start out too well. Checking in online just a couple hours after check in opened, the Emirates flight was utterly rammed. Stuck in middle of the middle seats, but with a stoke of luck I found one set of window/aisle seats open and snapped them up. Then there was the fog problem. The previous day had been extraordinarily foggy and there was no reason to think that the morning would be any different at our departure (& we had what I consider the worst departure time possible – 4am). The day before a large portion of flights starting from 4am had been delayed, rerouted, or simply canceled due to the fog (the humidity was hanging around a miserable 95-100%). I was totally prepared for a delay. 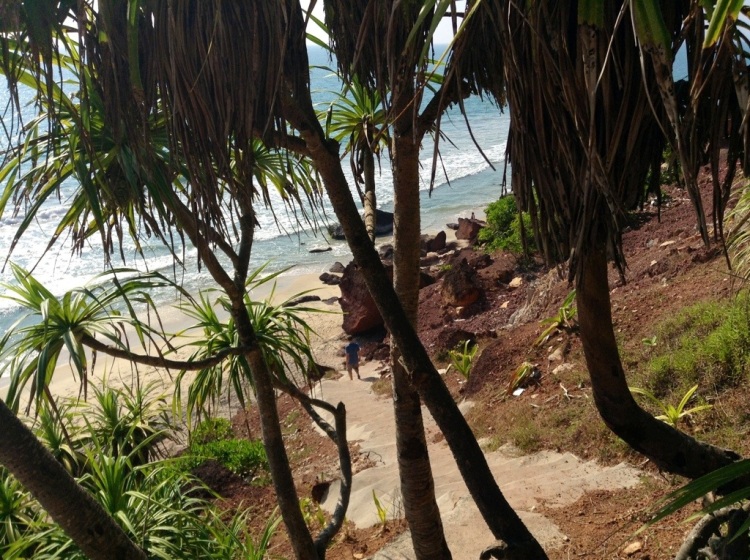 Luckily, the fog didn’t delay us, but upon arriving at the departure gate, our e-tickets appeared to cause some confusion, and I can only assume something went screwy when I changed our seats.

All that boring check in story to say – we got upgraded to Business Class, suckers! The only problem was that I was planning to sleep on this flight, but now faced with free-flowing Moët (& at 4am, remember) obviously I had to spend the 4-hour flight working my way through as much champagne as possible. Which resulted in a pre-lunch hangover. Mature. 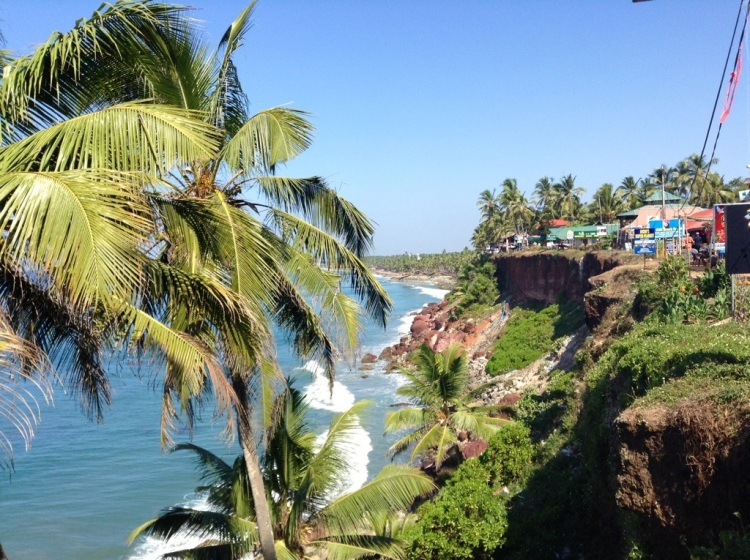 Anyway, high season Varkala was great. We stayed in the Bohemian Masala, where I wanted to stay during our May trip, but it was closed for renovations. The place was great, on the busy cliff top, but the cottages were set back on large, lush, peaceful grounds. The people were friendly, food delicious and organic, cottages as boho as the name suggests, and the hammocks a real challenge to get into with any grace. I would stay here again in a heartbeat, and absolutely plan to. Although I think the addition of peacocks and parrots on the grounds would be wonderful. 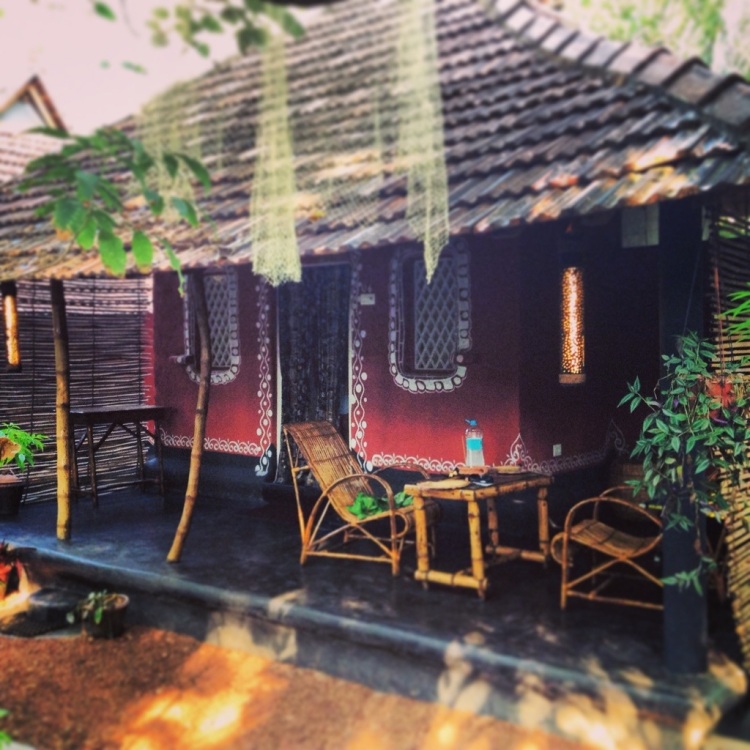 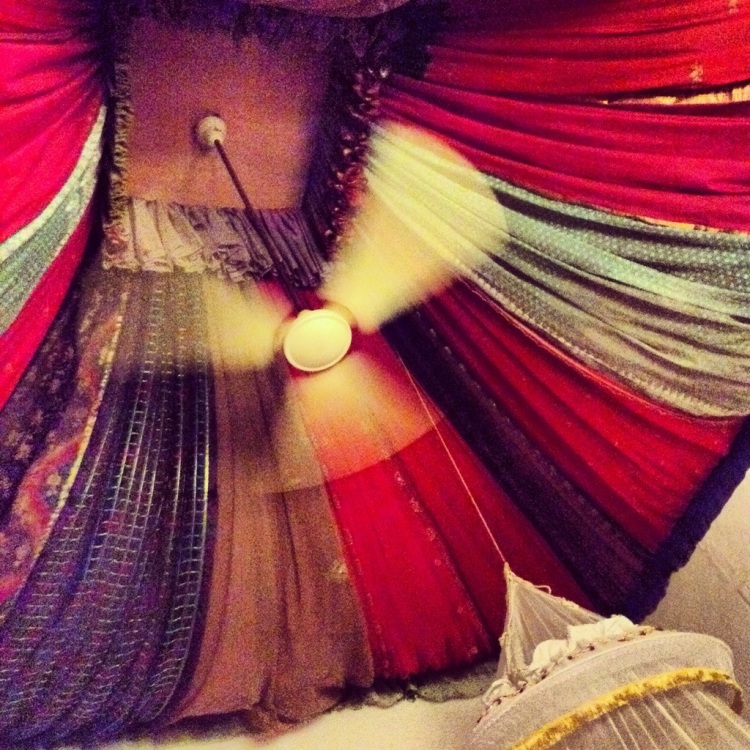 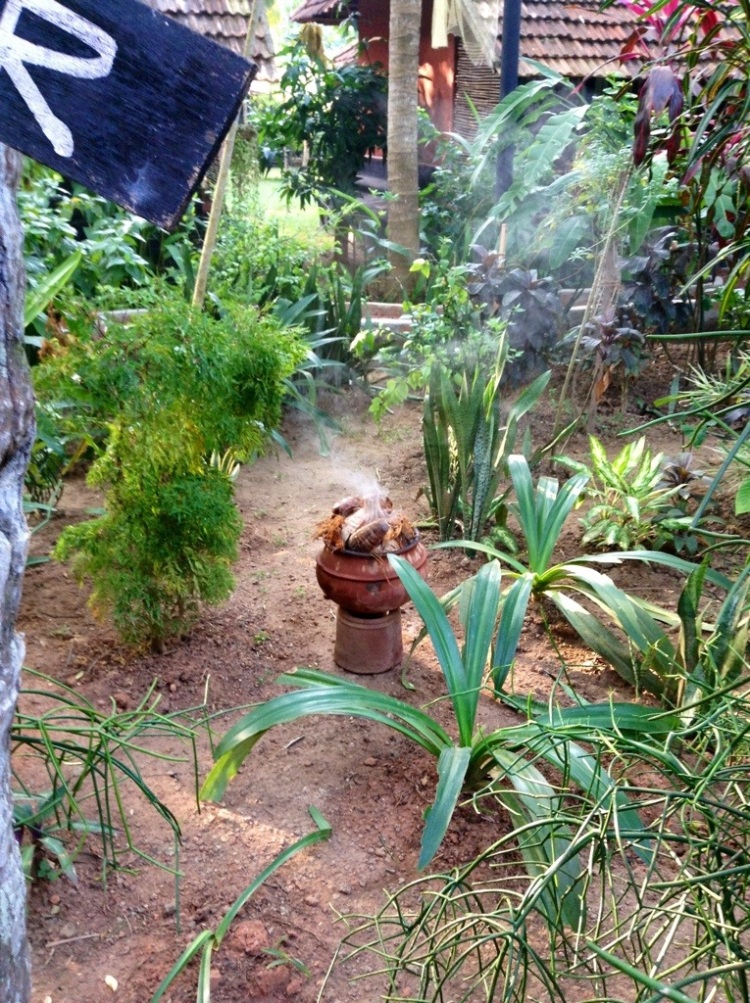 The sea was entirely different from what I saw in May altogether. No grime, clear and blue all around. 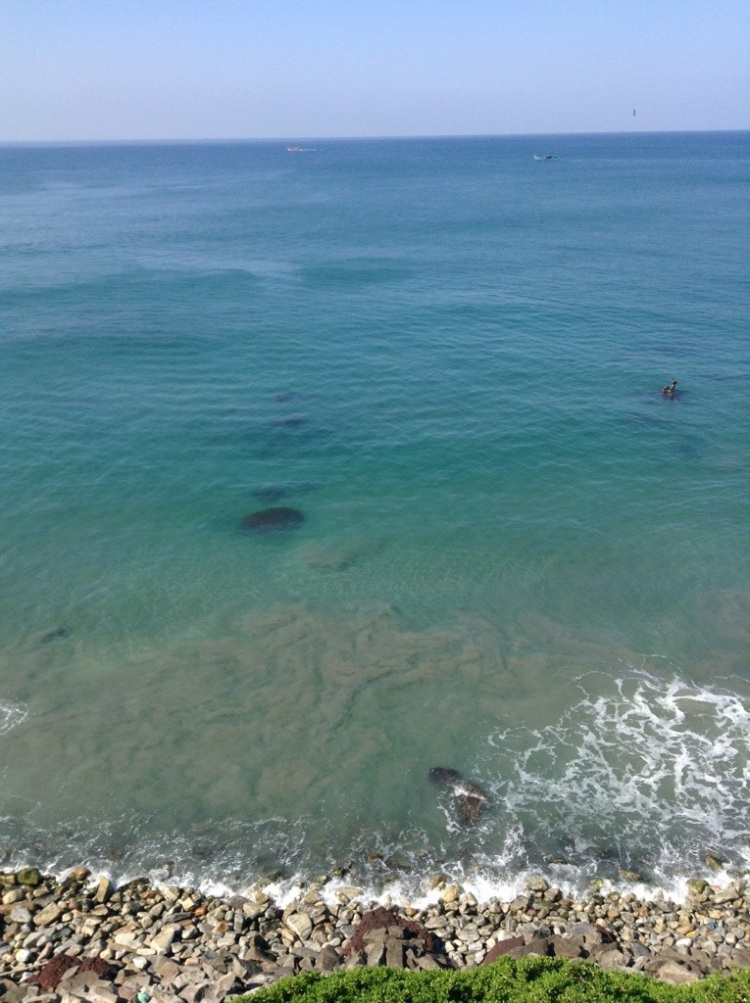 Varkala itself was busy but not annoyingly so; we were expecting it to be overflowing with travelers. Display tables outside of the restaurants that were empty before were now covered in fresh fish to choose from, tandoors were heated up as far as the eye could see – and they smelled phenomenal – and there were triple the shopkeepers begging you to come and buy something from them. Lucky for me I think the cafés’ booze reserves were fuller, too, as last time I think I drank them out of their white wine stock – it was hard to come by that last day or two. 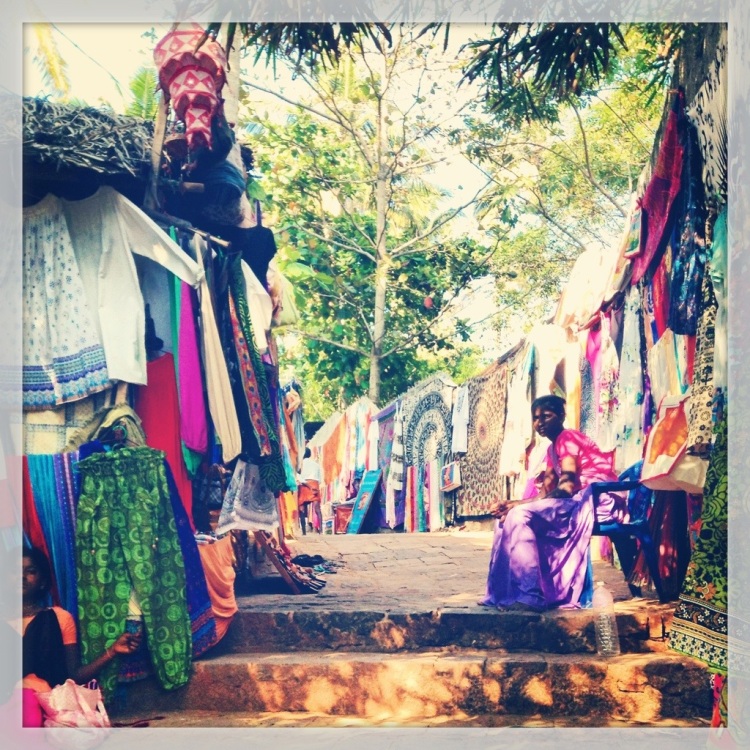 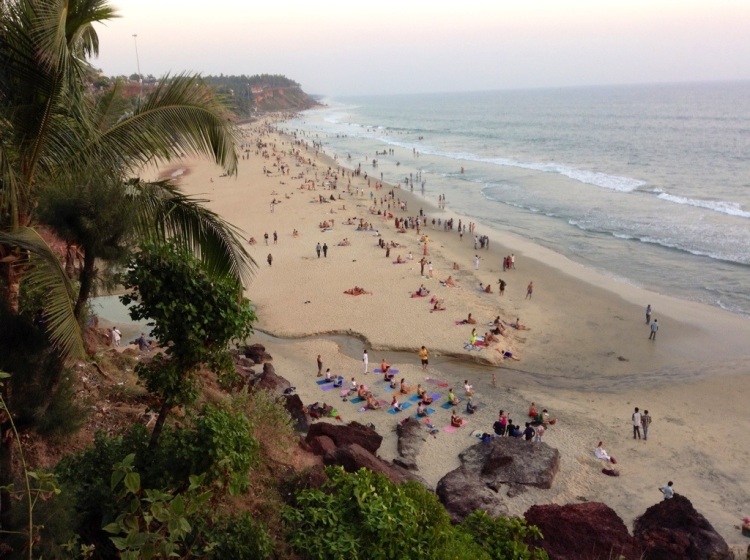 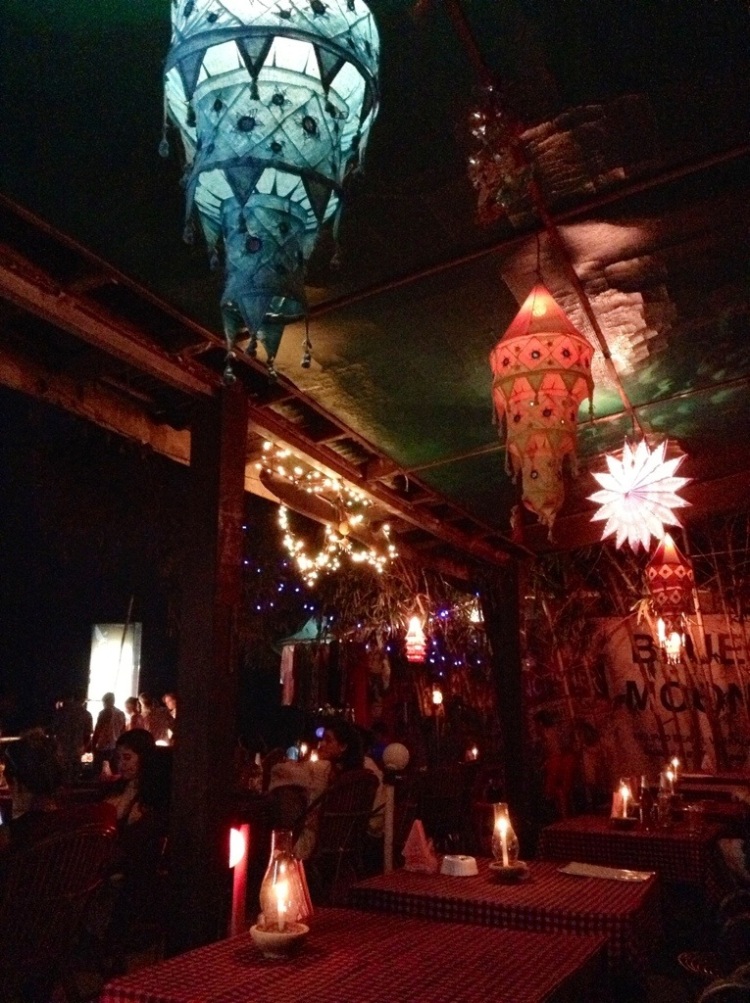 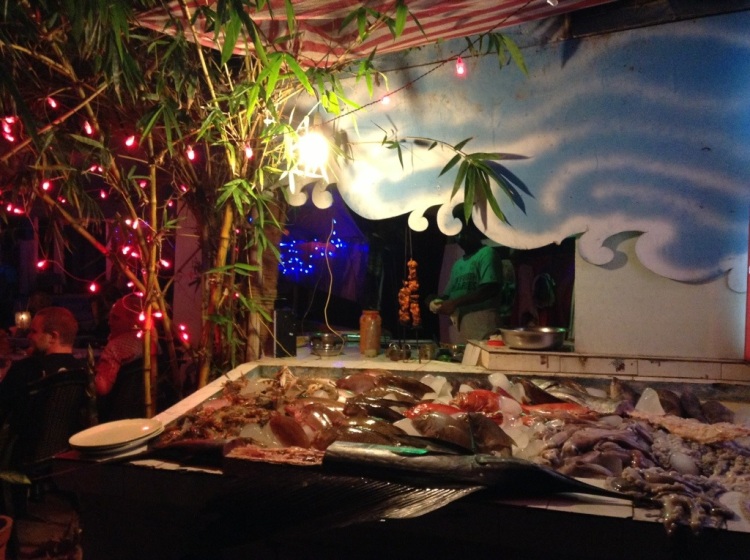 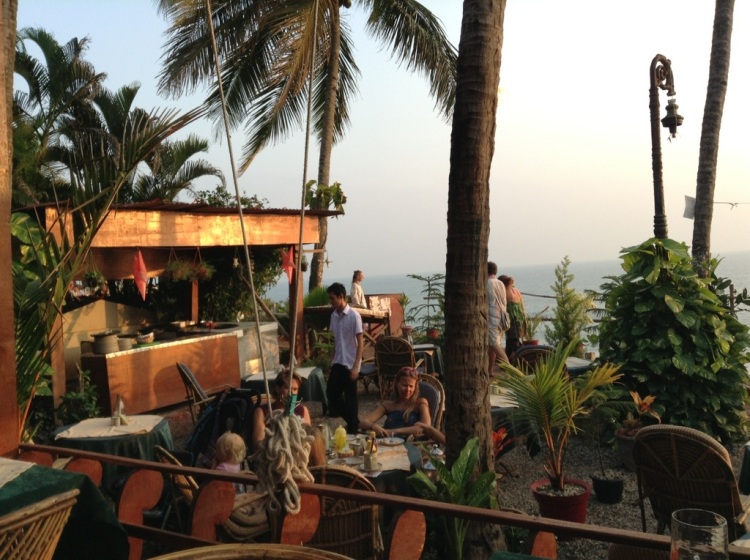 There is not a great deal to say about Varkala. I see it as a great spot for a long, relaxing, tropical weekend; if you’re looking for an exciting party spot or somewhere with a wide variety of activities, this is not it. There’s a lot of yoga and Ayurvedic stuff, but I’m not really one for either (well, I don’t mind yoga, actually), however my understanding is that scene is supposed to be very good there. 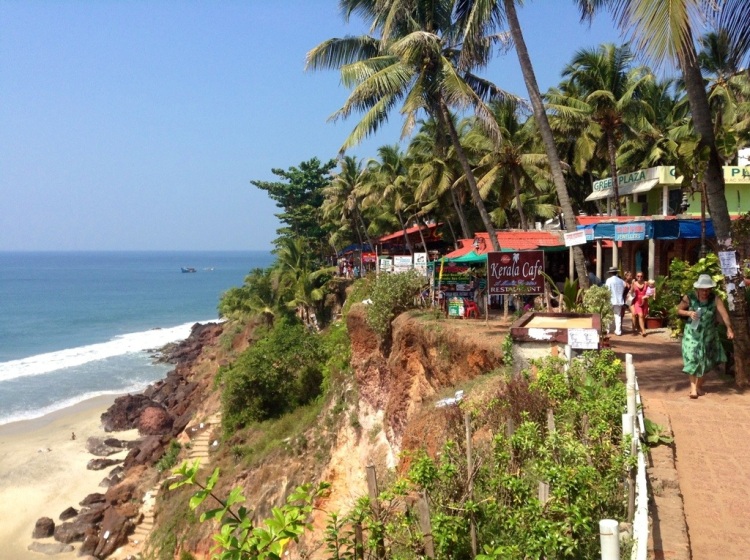 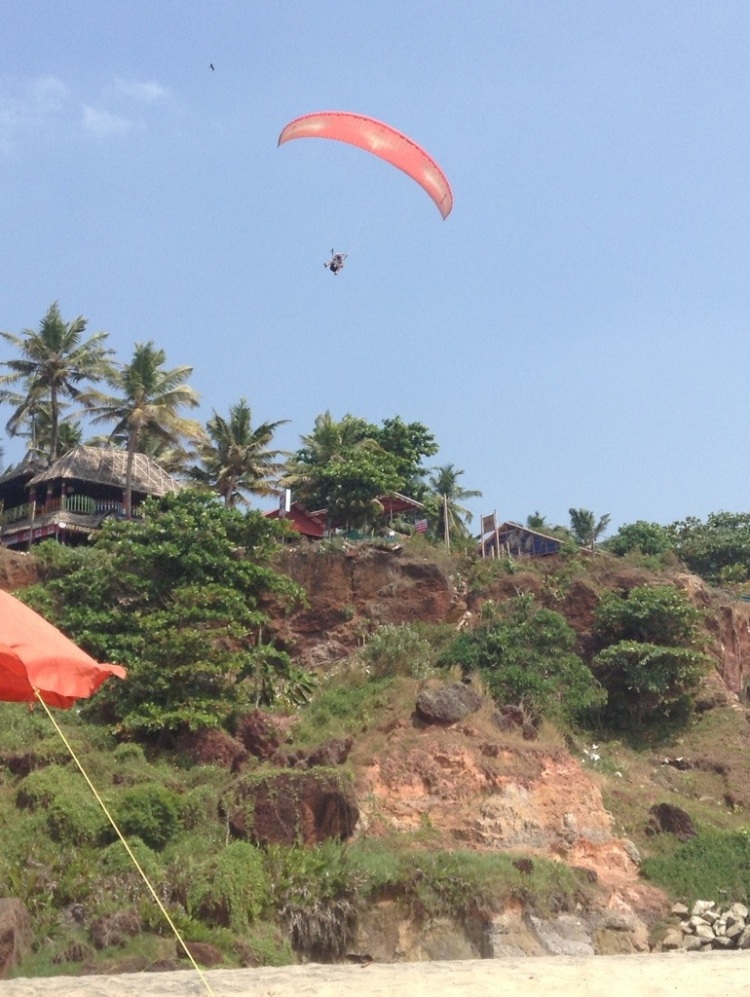 Unfortunately I haven’t got much planned coming up that takes place outside of Dubai (in Dubai there are some fancy equestrian events I’m hoping to make it to). I was hoping to check out the Royal Opera House in Muscat in April, but when I got in touch for tickets, I was denied! The opera (Madame Butterfly) was already sold out for the day that I could make it. Annoying.

I’ve started planning/booking our summer holiday, which I could not be more thrilled to say will take place over the final 2 weeks of (quiet, boring, no-skin-allowed, food-, booze- and music-free, 115°F) Ramadan. That will be spent instead bouncing around some Greek islands – Crete, Santorini, Naxos, Delos and Mykonos – while eating blocks of feta cheese by the fistful. 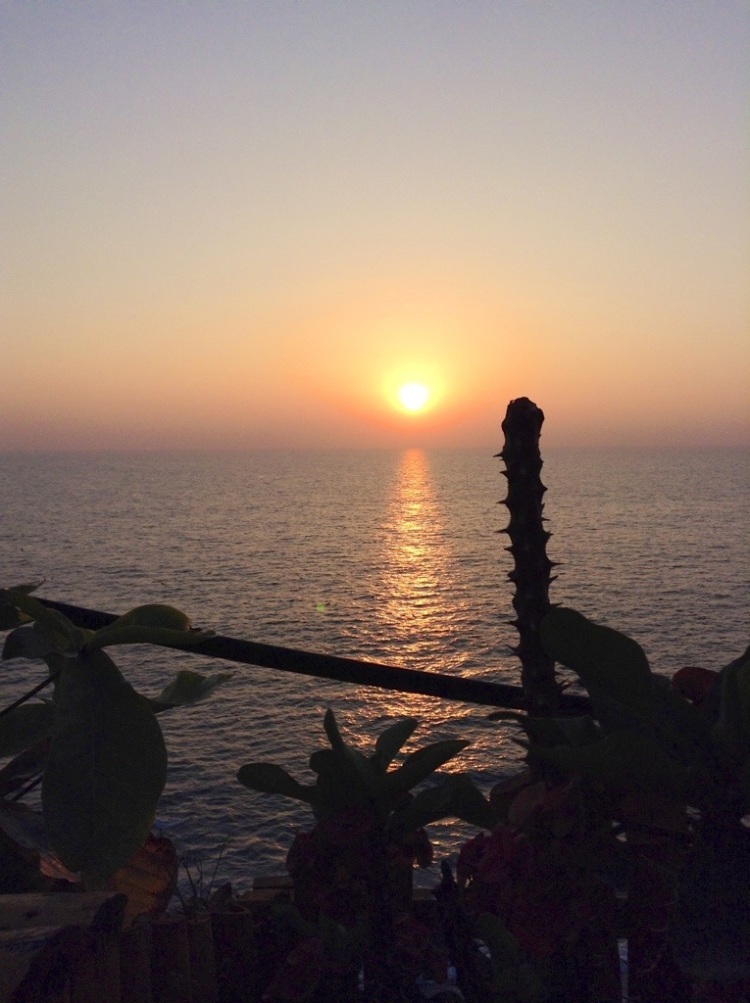 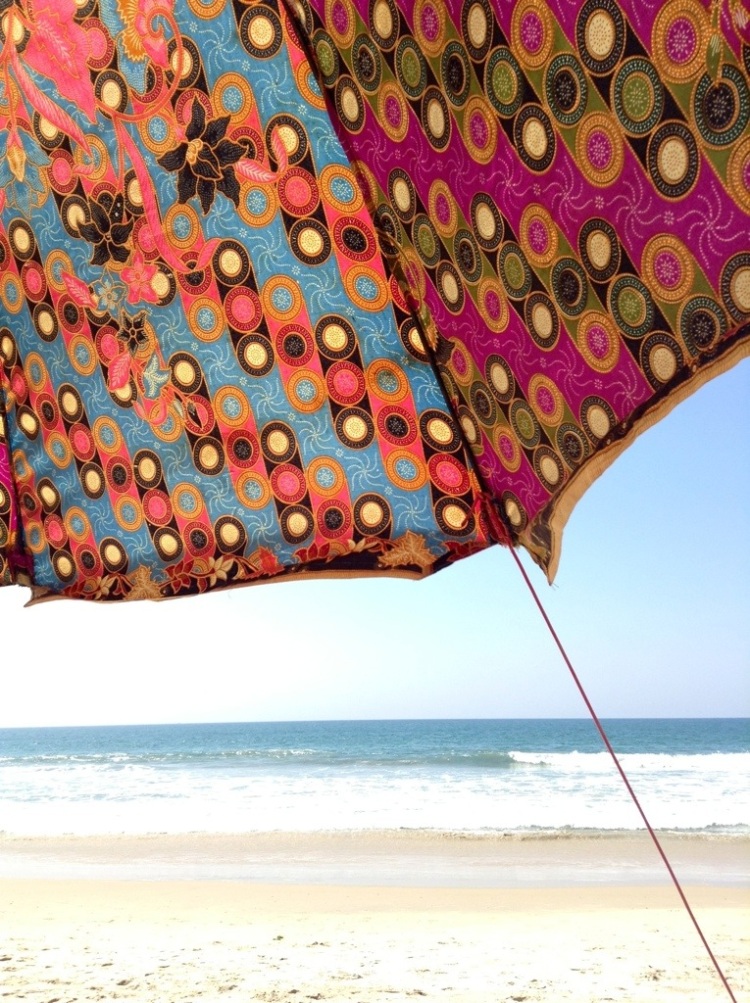